One joy that comes with living in a modest apartment are the coin-operated laundry machines. After getting tired of exchanging $10 bills for a roll of quarters with QFC cashiers every few weeks I made a trip to my bank and returned with a weapon-like bag of 400 quarters 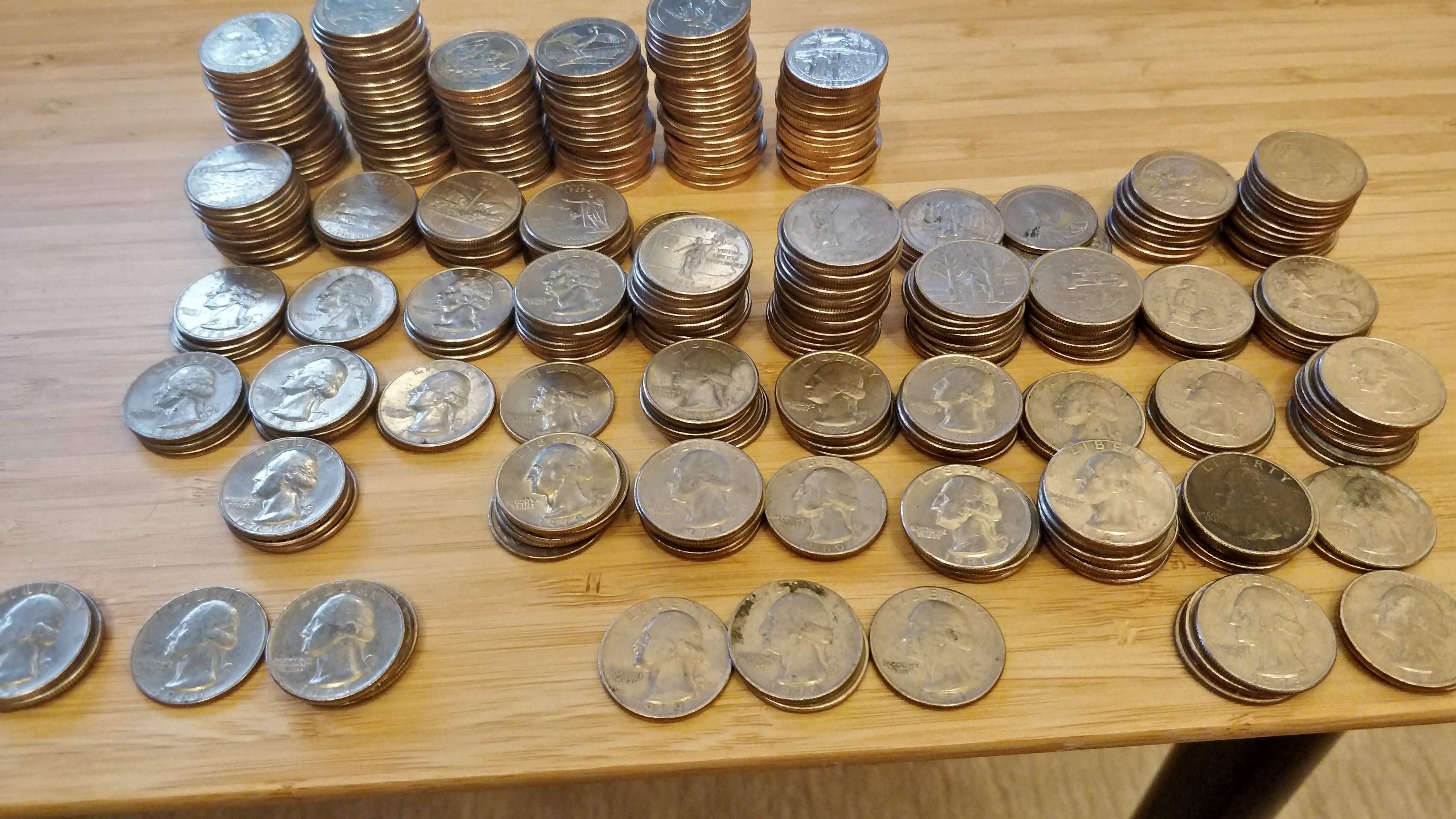 I first went on this mission without knowing on Columbus Day, a day the bank never opens… I had just completed my road trip across Canada with my friend @Ershany and had some dirty laundry to take care of. What a waste of a morning that was… thanks a lot Cristoforo, you prick.

Shortly after making this mammoth withdrawal, it was brought up at a Hallowe’en party

because I am an excellent conversationalist

and my mutual friend @troyvancamp told me about 1964 or older quarters being worth $5 instead of $0.25. That’s like 20 times what I paid for it, Money by Pink Floyd immediately started playing in my head and I went full Mr. Krabs greedy for money mode. I was about to become a very rich man

I get home that night at around 2:30 AM, but the adrenaline scourging through my veins, or does adrenaline scourge through other means… anyways I started to strip down my quarters from their pathetic paper armor and sort them by year, praying to see that Godly 1964 embossment.

Sadly, the oldest quarter I found was from 1965, go figure. I bet everyone and their dog already knew about this get-rich-quick-scheme and possibly the banks don’t even recirculate them making my chances getting one from a bankroll slim to none… I will keep my eyes peeled, pray that one day I’ll find that 57+ year old retiree and maybe that will make two of us 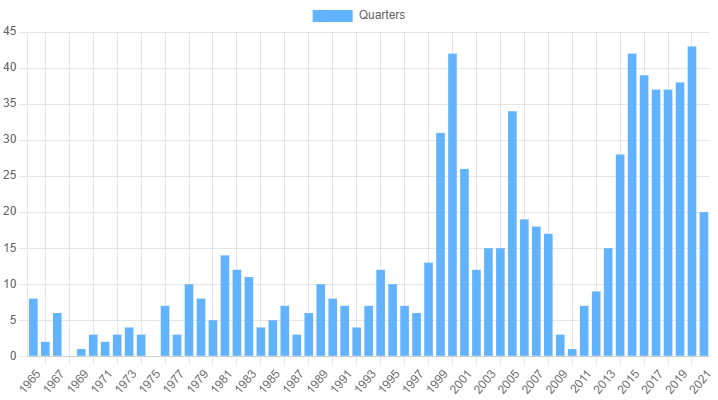 After tabulating this data I wanted to checkout how similar my sample of quarters from the bank is to the total population. The more recent coins will also just have a better chance of still existing in circulation since older quarters have had like 50 more years of time to get lost, destroyed, collected, etc. removing them form circulation. I hope to still see a sort of linear trend in this graph. 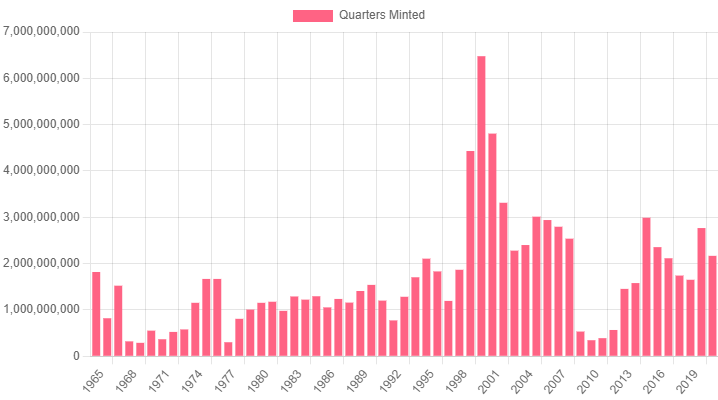 You can already see the correlation between my sample and how many quarters the US Treasury produced each of those years. It is also interesting to line up certain events with this data, such as the housing market crash in 2008. I calculated the correlation in Excel and it said the two variables appear highly correlated. Makes sense

Also, I’m not sure if this is the best way to do it. I only got a C+ in my university statistics course. I also lost the source of the United States Mint quarter production figures. Oops

Now I can spend my tens on more fulfilling things, as we all know: it’s all about the Hamilton’s baby!

My quarter collection is dwindling, I only have a few bucks left in my 25th Birthday pot crafted and gifted to me by @yelli_r. This means I went through $100 in 256 days, averaging $11.70 per month spent on laundry, excluding detergent (which has been provided by my building for some reason) and dryer sheets. Another $100 worth should last me until March 2023 unless I get dirtier or develop germophobic habits. I will keep chasing that mystical 1964 quarter and update this post with each substantial quarter dollar harvest. The above two graphs are also becoming more similar now that I have doubled my sample size, although the expected recency bias is very strong. 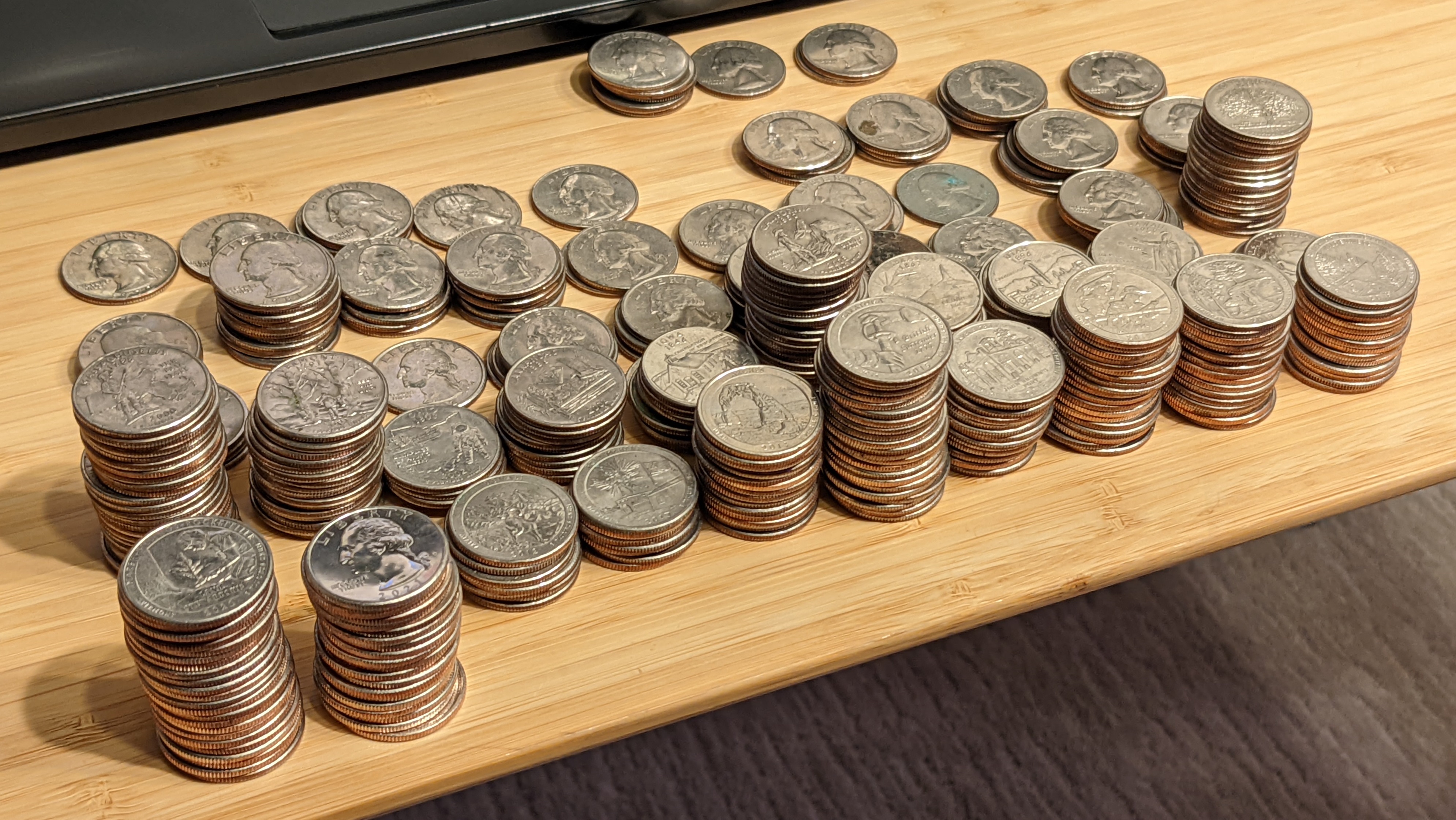 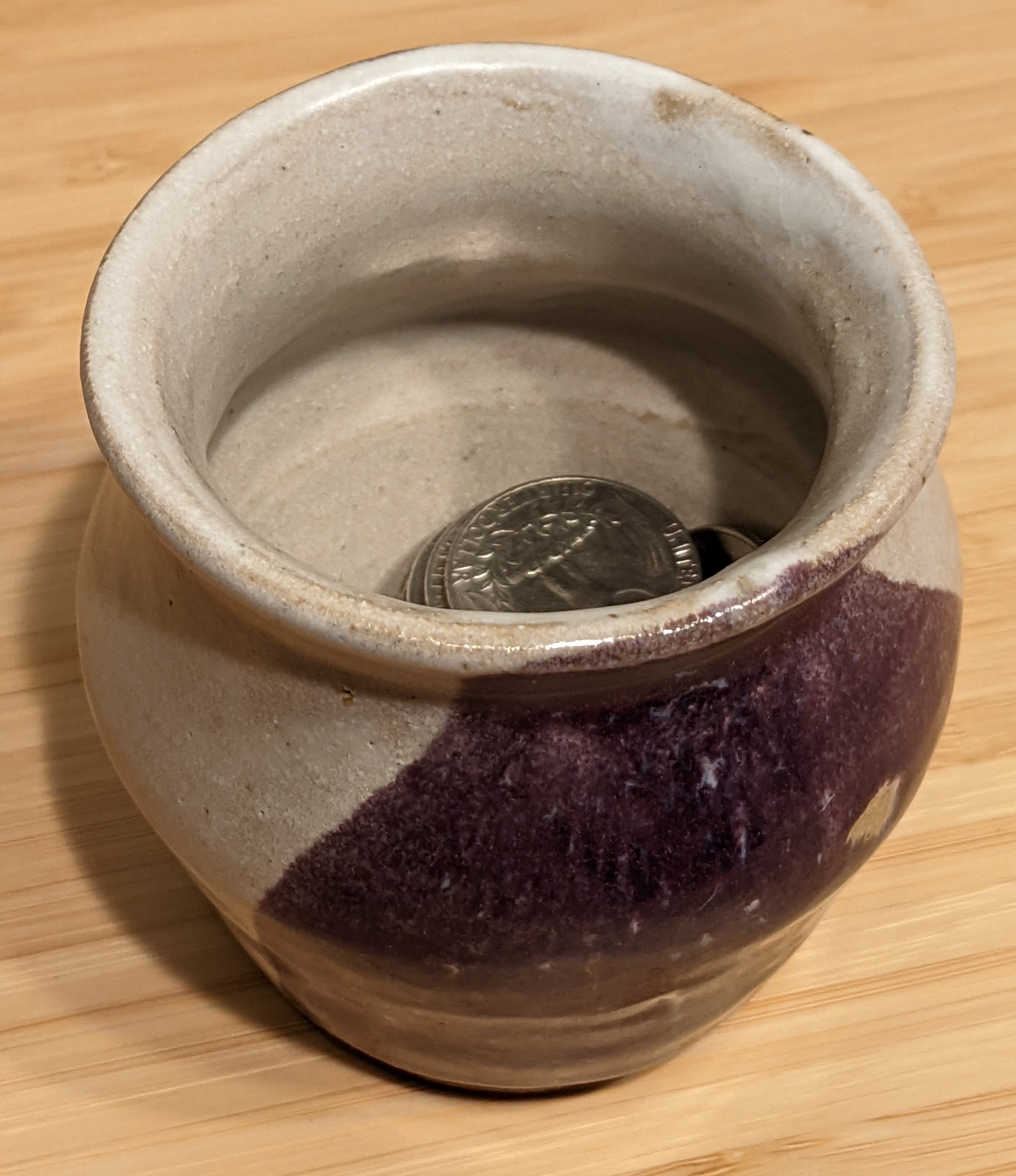 A script from “The Reverse Peephole” Seinfeld episode where Kramer mentions a sock full of pennies.

Some tracks to get yourself feeling like a rich man