Here’s my first album review, or maybe just the conscious stream of thoughts I had while listening. It’s an anti-capitalist kinda pop punk album with high energy songs that also provoke thought. I first listened to this album when my friend @plourde_e mentioned it after I had moved to Seattle

I decided to fast-track this post since I’ll be seeing him perform live June 4, 2022 @ Neumos! Not to mention the fact that the majority of this was already written up nearly a year ago when I was trying to start an album club that fizzled out… it’s also on my list of vinyls to buy, by the way 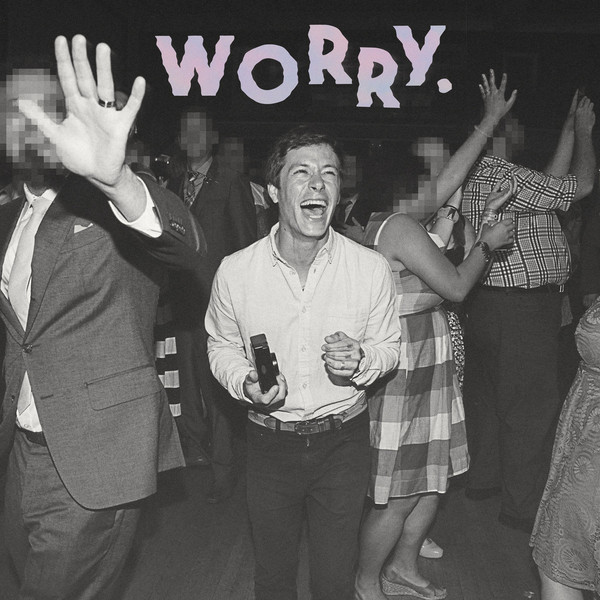 The best way to read this would probably be to have already listened to the whole album in its entirety with the lyrics and then another listen through reading each write-up after the song. That’s the kind of commitment needed, listening to music is serious business!

We begged to explode

Hoping to die by some accident so you don’t get blamed like you would for a suicide.

Who wants to get married and start a family?

… come and save me

So emotional into a scream with the instruments crescendo

make it that much more powerful. This song also starts off pretty slow and leads into the comparatively faster paced songs which reminded me of Logic’s first album Under Pressure where he sings the first song on a rap album.

I’ve been doing this for half my years

He was 33 years old when he released this album so he’s been doing this (making music) since he was 16. These are the kind of insights you’re gonna be getting: you’ve been warned

I thought this was a pretty sweet (not like

) line, showing that he doesn’t let random people interfere with his love for her. He wants to see her in person, not from some phone screen.

Anyone listen to The Cribs? I haven’t.

I want the song of the American dorm room

This part nicely flows into the next song which could easily be described as such. I also think making this be at the end of this song rather than the beginning of Festival Song is the right choice. It doesn’t interfere with its chances to become the song of the American dorm room and also subtly shows this is a concept album and not a bunch of singles album.

Big companies only exist to make money off of you, your best interests are none of their concern. Jeff is so evidently against the establishment, but knows he has to play into their game to get his message out to any considerably-large number of people. The irony of using websites like Facebook to start meetings or protests against those very same things is clearly exposed. The strife of OSS community members and indie musicians is quite similar to anti-capitalistic mentalities and Jeff references technology frequently throughout the album.

Staring Out The Window At Your Old Apartment - 3:21

Has anyone gone back to an old apartment or maybe their childhood room has been repurposed, how did that feel? I like to revisit places that felt significant to me at one time and reminisce. Romanticizing In My Life in a way.

Imagining the old you stumbling through

I really like how this line makes me reflect on my life in the several different places I’ve lived. What I would leave for: groceries, go to the bus stop, jogging routes, and also all those times late night returns.

I enjoy this song and its musical modesty, I’m really into nostalgia so songs like this really get to me.

Made me think of Blackbird - The Beatles that was written to inspirit members of the civil rights movement happening in the USA at the time. Police brutality.

Hate’s not a fad that dies with its virality

Can almost hear the song’s words being played by the guitar in the instrumental break.

I believe this is the first song of the nine-song-medley.

Actually a good little song! Typically 30 second songs are either skits, not great, or used as an opportunity for the artist to break the fourth wall with a joke or something. I usually skip them, this one is nice.

Everything so unexpectedly started to change in the dream. But I was preoccupied with how the magic would end

This was super relatable to me when I first moved away from home to work at Microsoft. It felt like my luck was going too well and was bound to end soon. I’d even describe how I got my job by saying I “tricked the interviewers”, so maybe a tinge of imposter syndrome there too

After reflecting on the summer of 2021, though I had fun and spent a lot of time hanging out with friends, I don’t feel as fulfilled as I had hoped to feel with how I used my spare time. A lot of it ends up being attributed to consuming, rather than creating. I think you need to have a good balance of both to grow, so I’ve been working to tip the proverbial teeter-totter in the other direction this year

…These are the mass murder days…

Jeff begins shouting the lyrics here until the end of the song to emphasize how fucked the world currently is, yet the irony is that these are his halcyon days, meaning he’s pessimistic of the future and expects it to just keep going downhill.

In the second verse he is explaining the toll of living in these conditions of uncertainty with your shelter - one of the bases to Maslow’s hierarchy of needs. It prevents his apartment from ever feeling like home with the looming fear of being priced out of the place making it feel temporary and not being able to make modifications. When you own a house, as long as you’re able to keep paying your mortgage, you can do whatever you want! It took me living in Seattle over two years to feel at home.

Caulking the cracks that stretch across the ceiling

This feels like a callback to Staring Out The Window At Your Old Apartment where one of his previous apartments also had cracks in the wall.

So accurate. These new apartment buildings for yuppies are honestly such eyesores acting as a poison amongst the early 1900’s stone architecture sharing the same boulevards.

This song is about why we shouldn’t want to be a cog in a machine that doesn’t care about us.

Landlord is a very controversial job nowadays. Lots of people believe that it is too profitable and lots of them exploit their tenants in the Marxian sense of the word. There’s also the issue of homelessness and empty properties which both seem to be ignored since they’re not a problem for the rich. They don’t see the people struggling to survive in tents from the windows of their mansions’ (plural) in the Hills

Red flag: When people you work with use family terminology

I didn’t understand this line…

Everybody loves you when you die But when it matters, they’re not there

Reminded me of not a death, but in grade 6 my best friend moved and I saw people act sad and that they’d miss him when I knew they weren’t that good of friends. Disingenuousness irks me.

Would you want to die before or after your spouse? Jeff clearly would be torn to pieces if it were the latter. That doesn’t mean he’d prefer it though.

There’s no perfect time to do something, just like you’ll never just come across free time to do all those things you planned to do. You need to make the time. Your life will stay on its current trajectory unless you act upon it - see Newton’s First Law.

Coincidentally… this is also the title of one of my favourite comedian’s books! I bought it but have yet to read it since I’m making my way through his Classic Scrapes book at the moment. Just like the concert, this is another catalyst!

There’s the thoughts I had about each song and lyric snippets that evoked something in my mind. It’s not the best structured review, I’m aware, but as we know, perfect sounds whatever anyways. Not to mention that if it was perfect it would never have been posted and would constantly be in a draft state, and I’ll accept letting you all know my C+ grade opinion on this Album.

Read more details about the album on the Wikipedia page if you like. Thanks for reading and I hope you find the same joy in listening to this fun sounding album that also has a great message.