This will be a log of all the things I’ve done to my car over the years, I don’t know much about vehicles so this will double as a learning journey. The secret remains, was I inspired to get a BMW by this song or was I just giving fair warning to other drivers that I’m someone who drives like they own a BMW 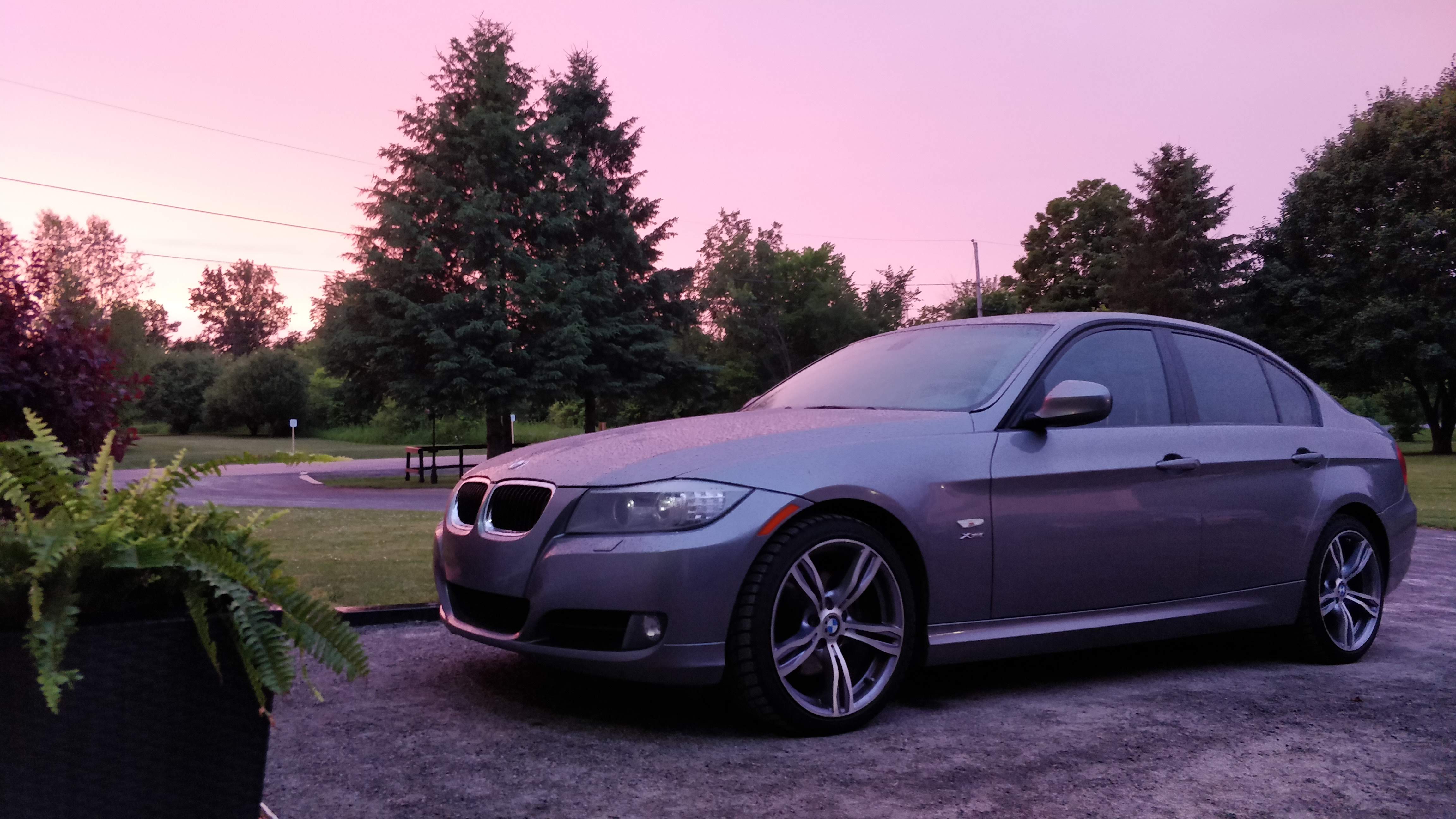 Hey nice to meet you! I don’t think you’ve met my car yet, I’ll let him introduction himself real quick. Also, just because my car can talk doesn’t mean I’m one of those weirdos who’s named their car. 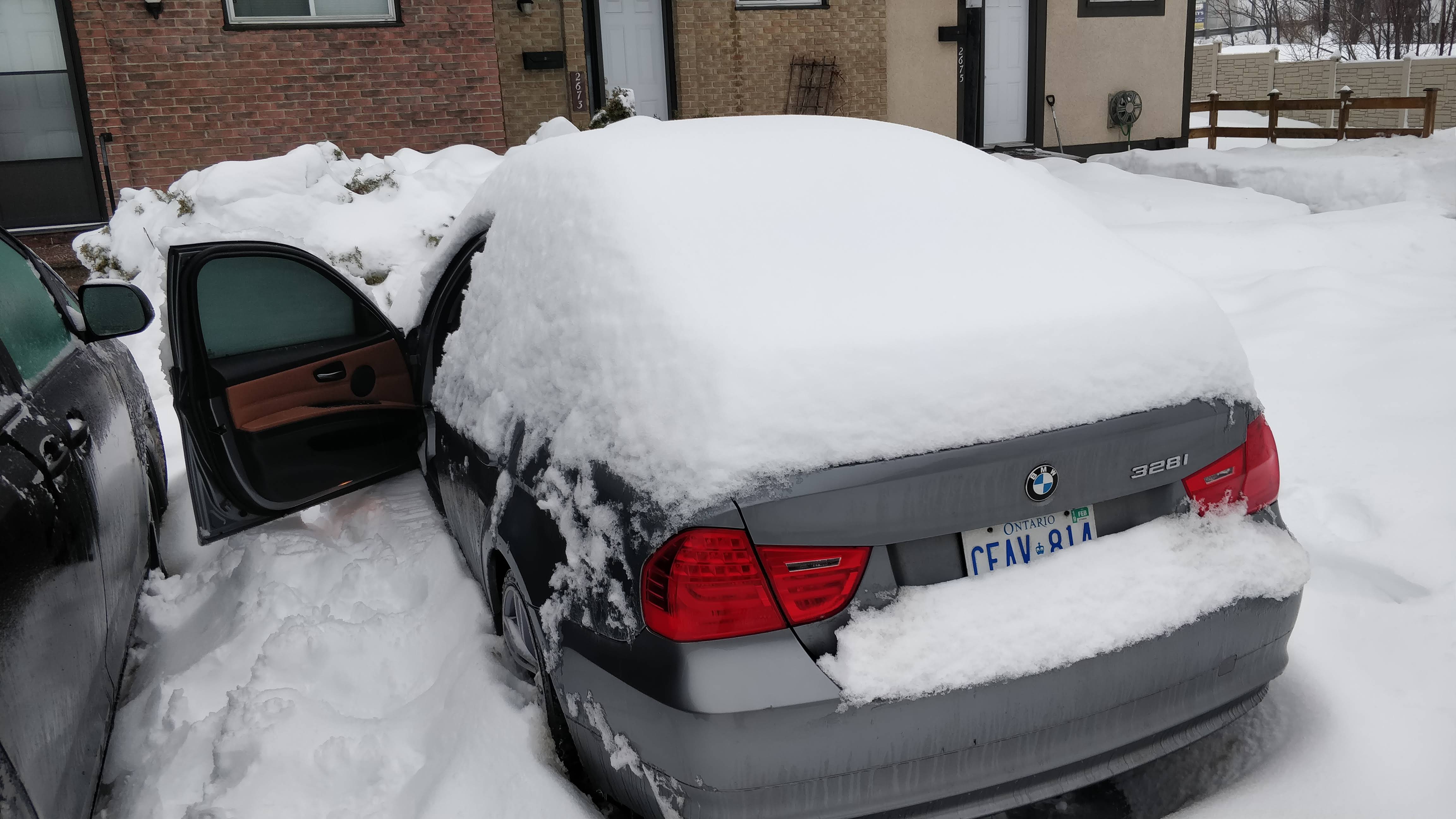 Michael bought me in 2017 right after getting a summer internship blowing half his pay on transportation alone - smart guy. He drove me daily that summer, then only as a pack mule for grocery and beer runs until he graduated university. I got covered in lots of snow in the winter. Anyway, then he abandoned his family and friend and more importantly me for some “job” in Seattle. That was the moment I wished I had the ability to give myself carbon monoxide poisoning, but alas, I have no lungs

. After a gruelling 2 years of being up for sale he came back and took me to Seattle. It’s a big change of incline in the city and the being left on the treacherous streets over night is scary, but that’s chill - vroom I’m a car.

Okay, now here are the mods I’ve done listed in chronological order and at the bottom are some future ideas.

I bought a Genesis Heat Gun and Carbon Fibre Vinyl Wrap and one afternoon in June 2018 I invited my longtime friend @aa_ron.12 over to help pimp my ride! There are pieces or all doors and then the front dash and centre console, totalling 6. It’s not perfect, but I’m pretty happy with how it came out and definitely like it more than the original brown wood trim.

Since I bought the car from Quebec and they don’t use front license plates but Ontario does, I needed a way to mount one. After my temporary license expired and I got my plates (then after some more time of driving around with the plate in my passenger door storage) I bought a front tow hook mount for my plate sometime in June 2018. It was either that or drill into the car which I wanted to avoid. I can’t remember or find where I bought it and there’s no identification on the mount itself. Anyways, I don’t plan on using it anymore and just using the rear plate while in Washington. It did add at least a couple inches to the front of my car which can make the world of difference on a cramped street. I would also come to find my plate bent, presumably by my enemies.

As I develop more a mentality to create instead of purchase, I see how simple this mount is and wish I had made it myself, oh well 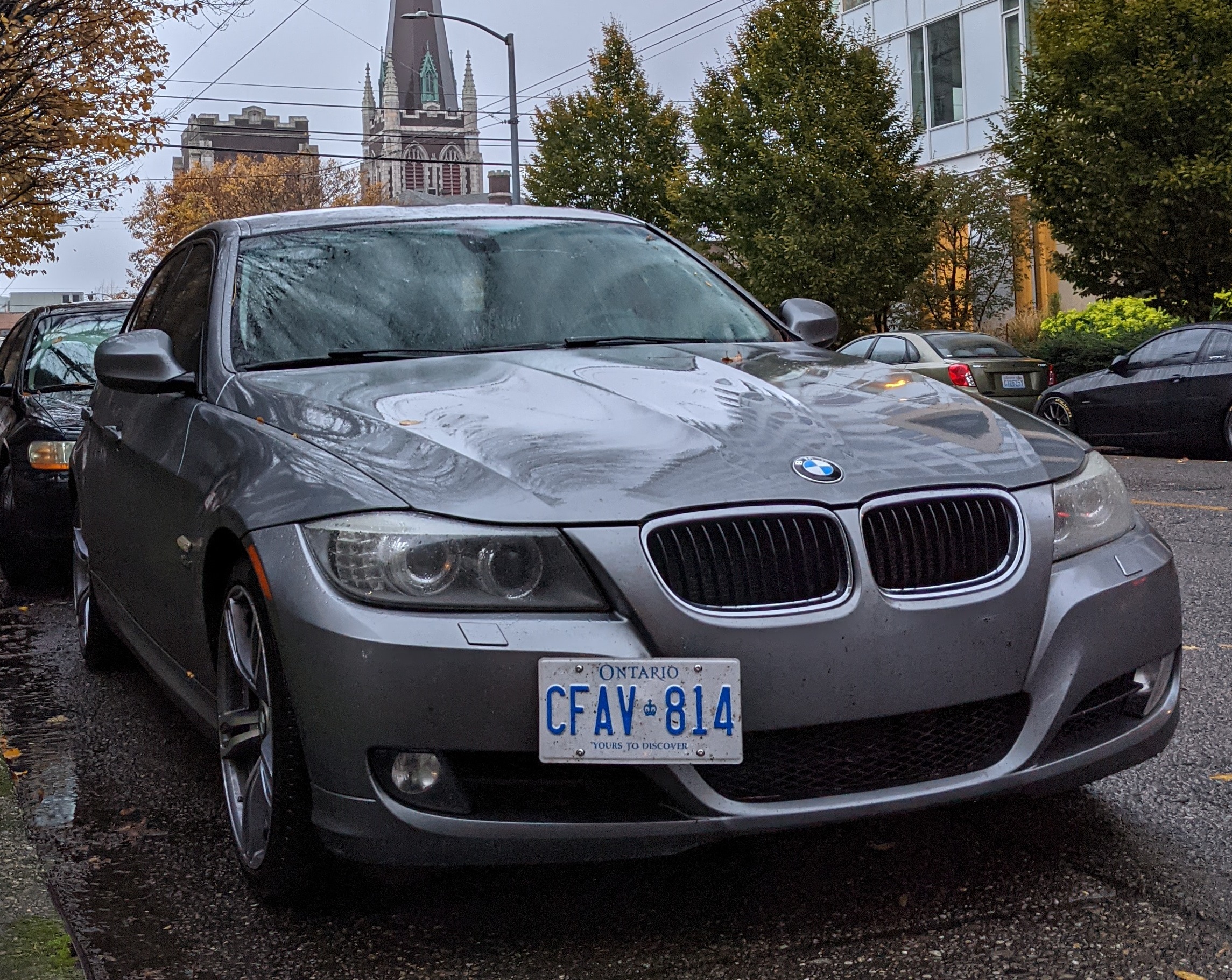 So my car had window tints with lots of scratches in it ever since I bought it. I tolerated it for a while but having to roll down my window at intersections to get a good view of what’s about to hit me is getting a bit old. I went over to my friend @anujyamdagni’s apartment parking garage on Jan 31, 2022 with an extension cable and a hairdryer I rescued from another tenant in my building and we got to peeling! All it took was a little heat and slow peeling back to remove them and now its a lot brighter, higher visibility for me, and higher visibility for people to see me looking all cool at red lights! 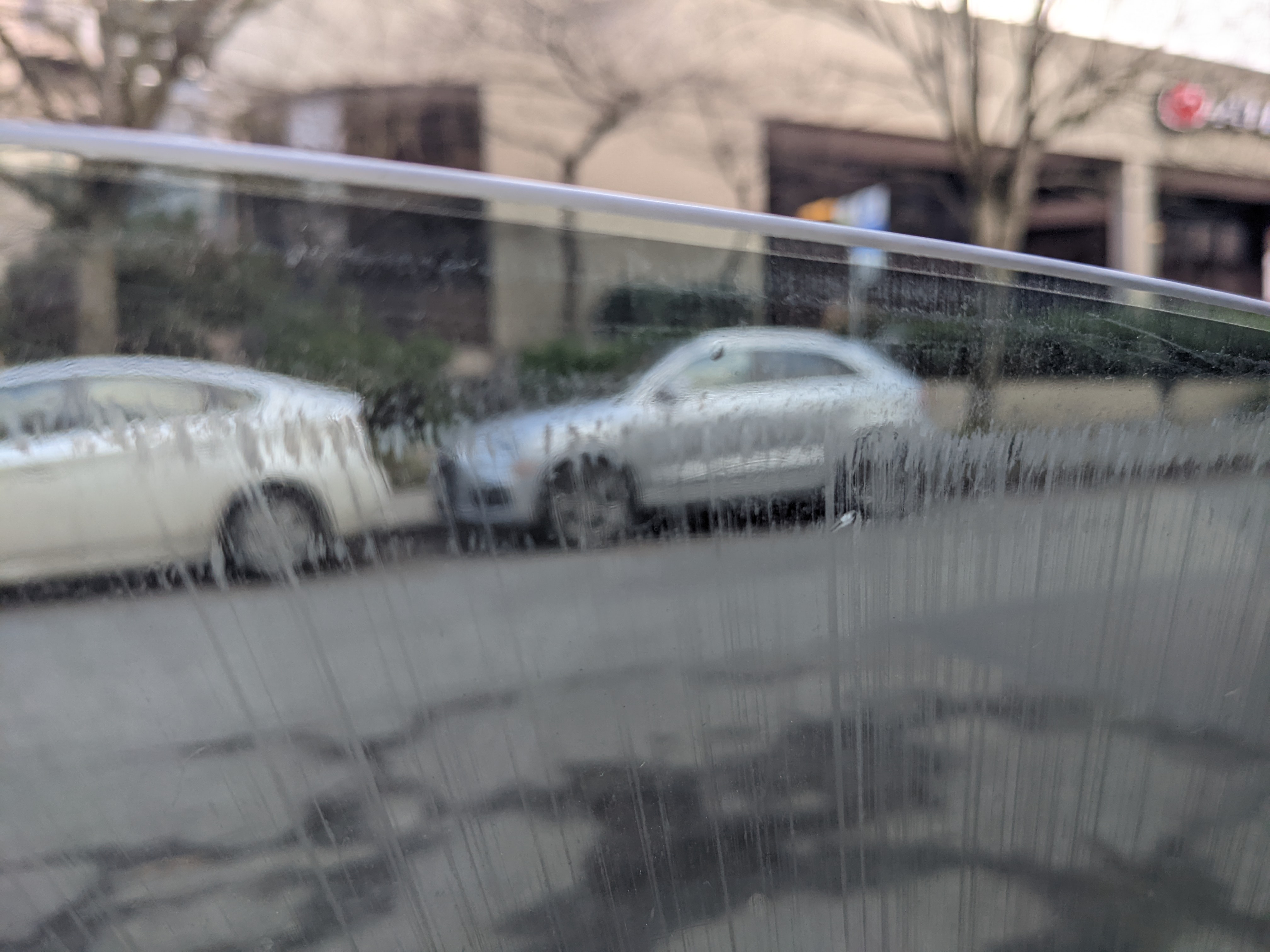 When I was planning on importing my car to the US and A one requirement is to have mph on the speedometer. BMW Canada must have wanted to save money on orange paint or trusted Canadians to be smart enough to do the conversion in their head at highway speeds. Anyways, this is what I’ve done to my once beautiful dash and has earned me tons of teasing from my so called “friends” 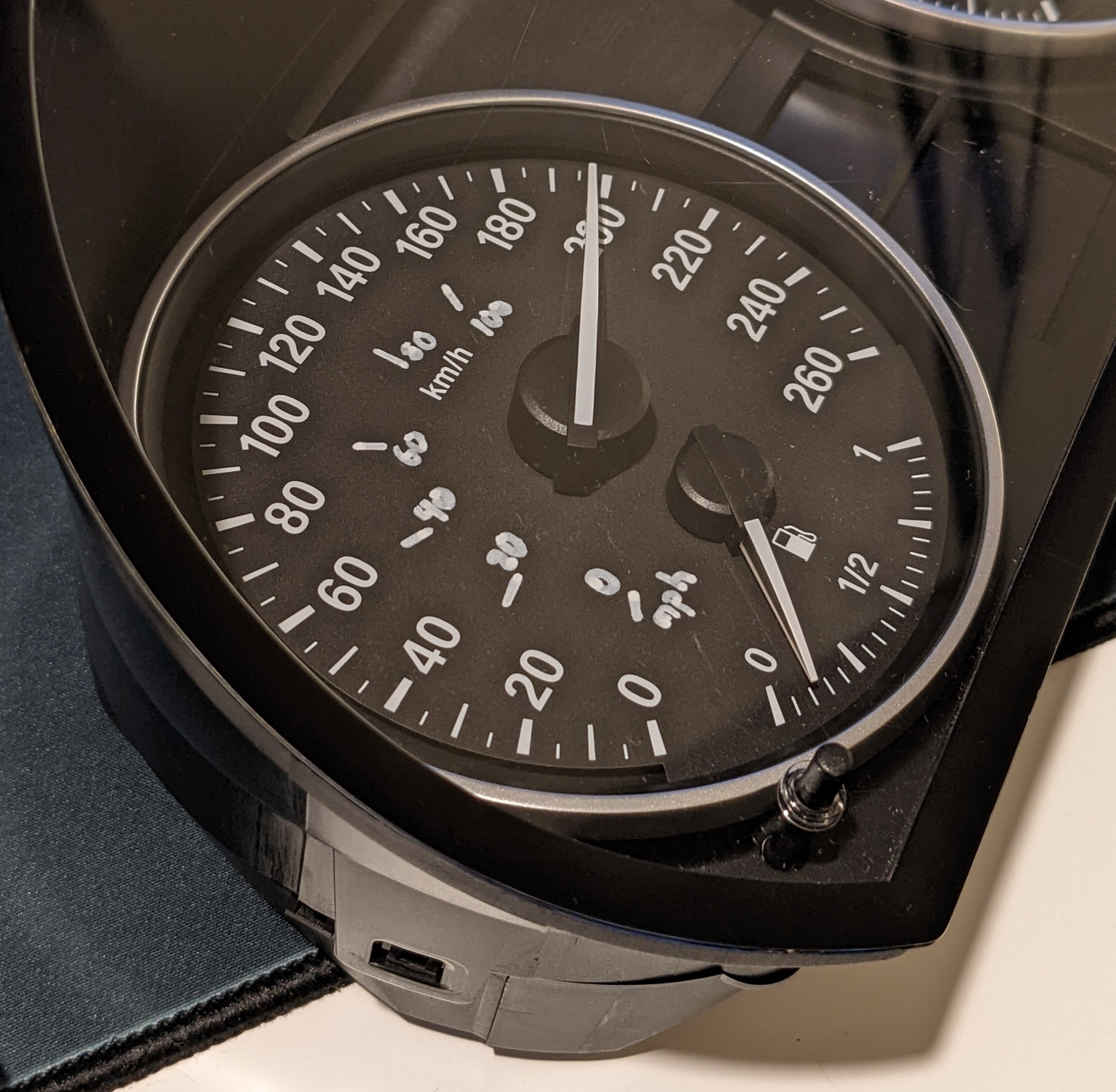 My only regret is not marking 88 mph in a cool way.

I replaced the windshield wiper blades on June 15, 2022. Note: The passenger side wiper wasn’t locking in like the driver side one… Stopped at a gas station in North Washington state on the way back from Vancouver, Canada. Friend went into the washroom. I thought “might as well clean the windows”. I snap off the wiper blade like the absolute baboon I am. Drive home blind in the rain.

When I was removing the sticker from my license plate I noticed it was pretty worn and rusty, so figured this would be a nice, easy little improvement to the look. Seattle parking enforcement also doesn’t know about this new law so I got a ticket about it recently, luckily I didn’t have to fight it since, shocker, the government royally messed up

I bought the JHR-Auto Trunk Mount and easily installed it. It’s now less likely someone will steal my plate since I have the anti-theft screws, or more likely if they took my advice… 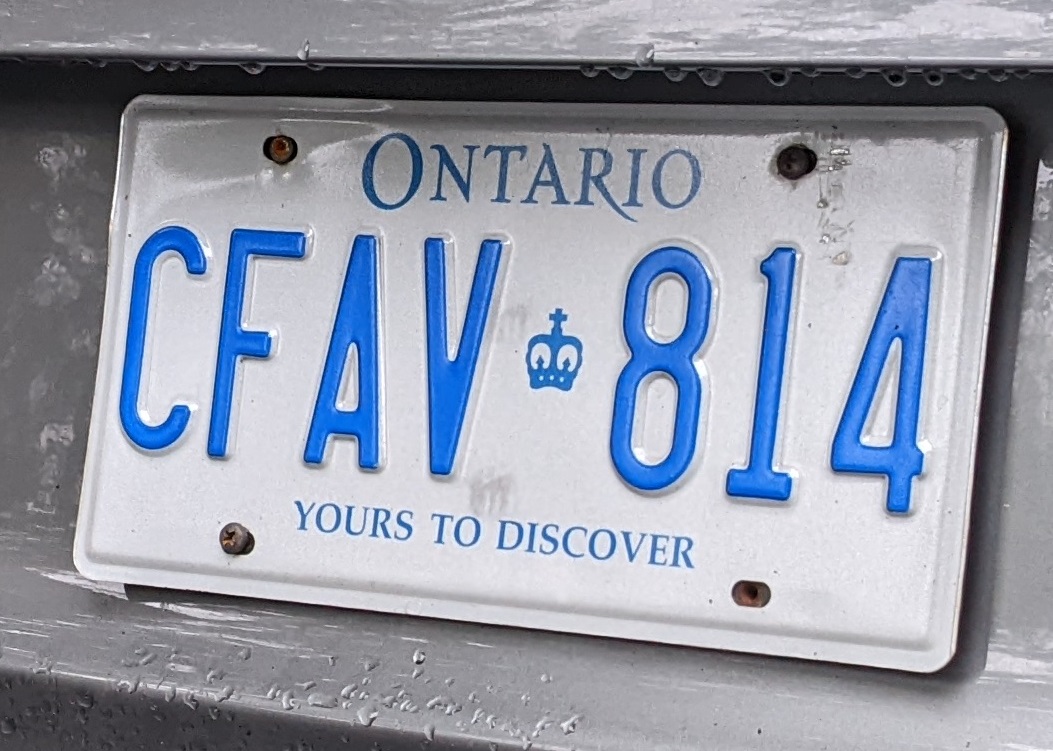 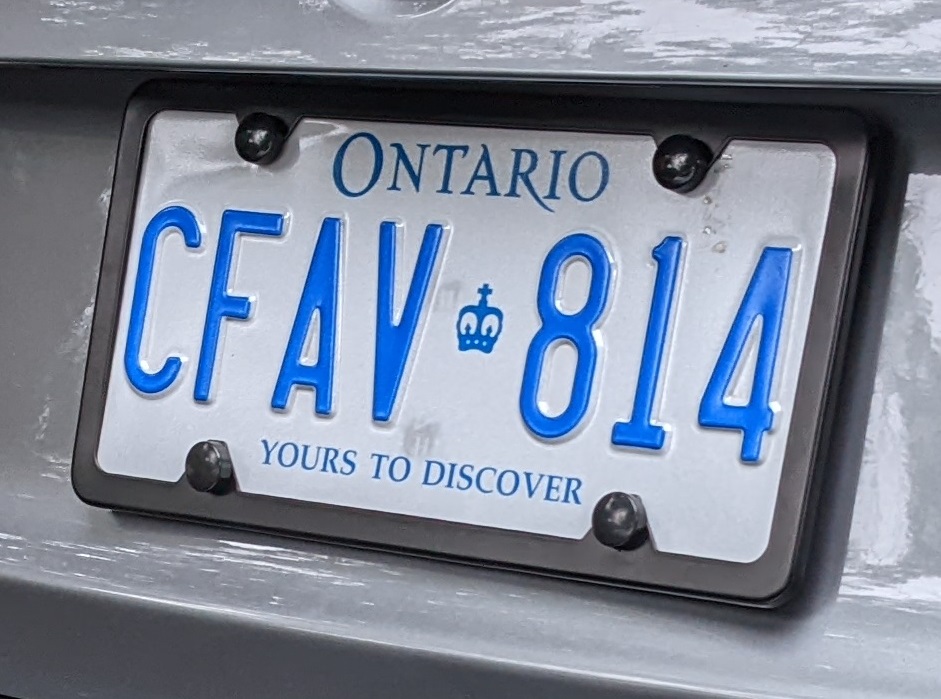 After reading online that its recommended to change these every 25,000 km and finding it only cost like $20, might as well. Got the PHILTOP Cabin Air Filter and only needed to remove six 8mm screws easily accessible under the hood and make the swap.

I can’t seem to find my front tow hook cover. Let’s put something there! I bought one of these tow hooks. Some of the reviews say that it snapped when trying to tow using it so this will just be for aesthetics 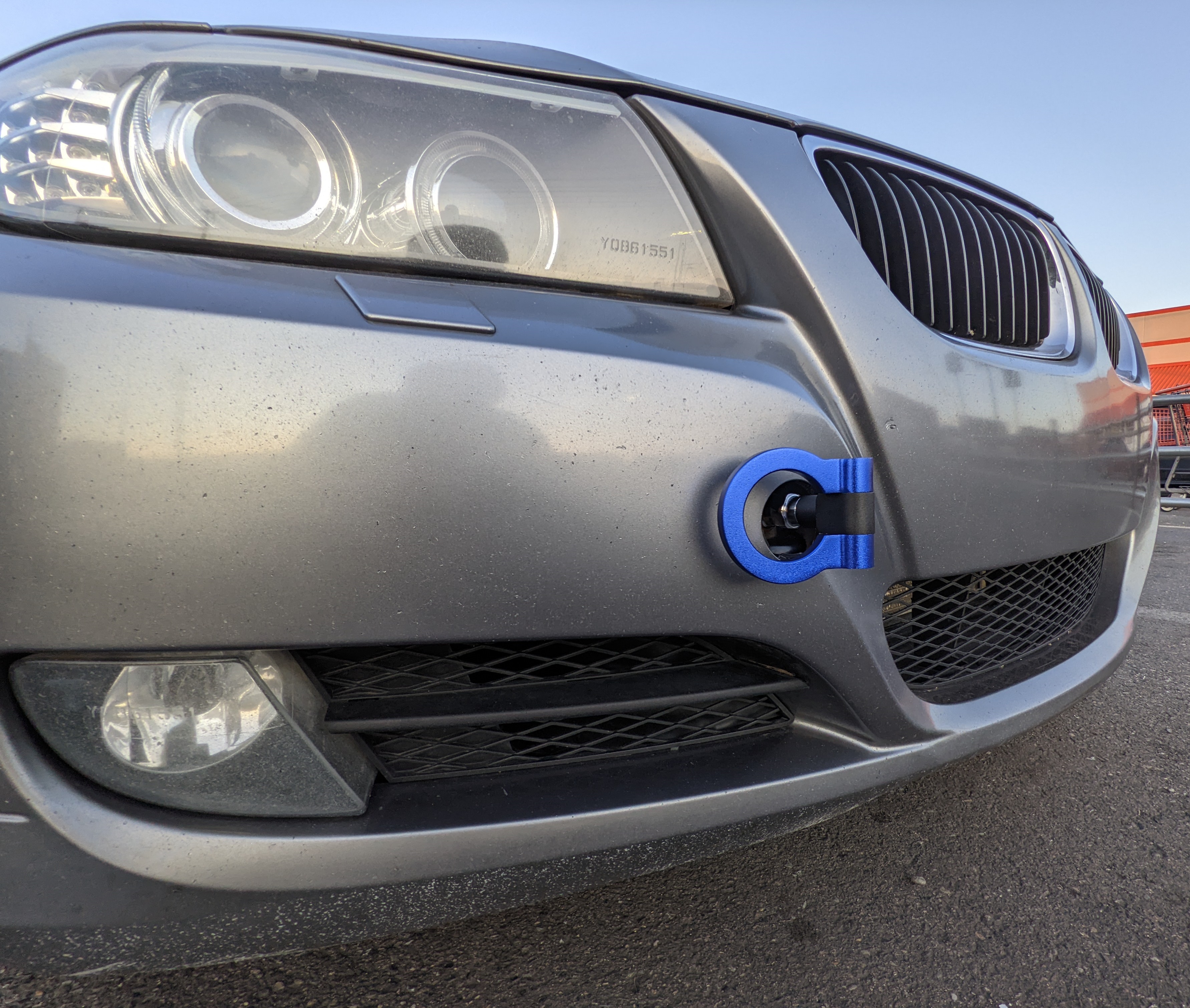 I returned home after a bike ride July 25, 2022 and come to find my window smashed by a piece of asphalt. Nothing was stolen because there was nothing to steal, this was a crime of pure chaos. Moved into my friend @yelli_r’s garage fearful that dirty Mike and the boys might find and desecrate it. 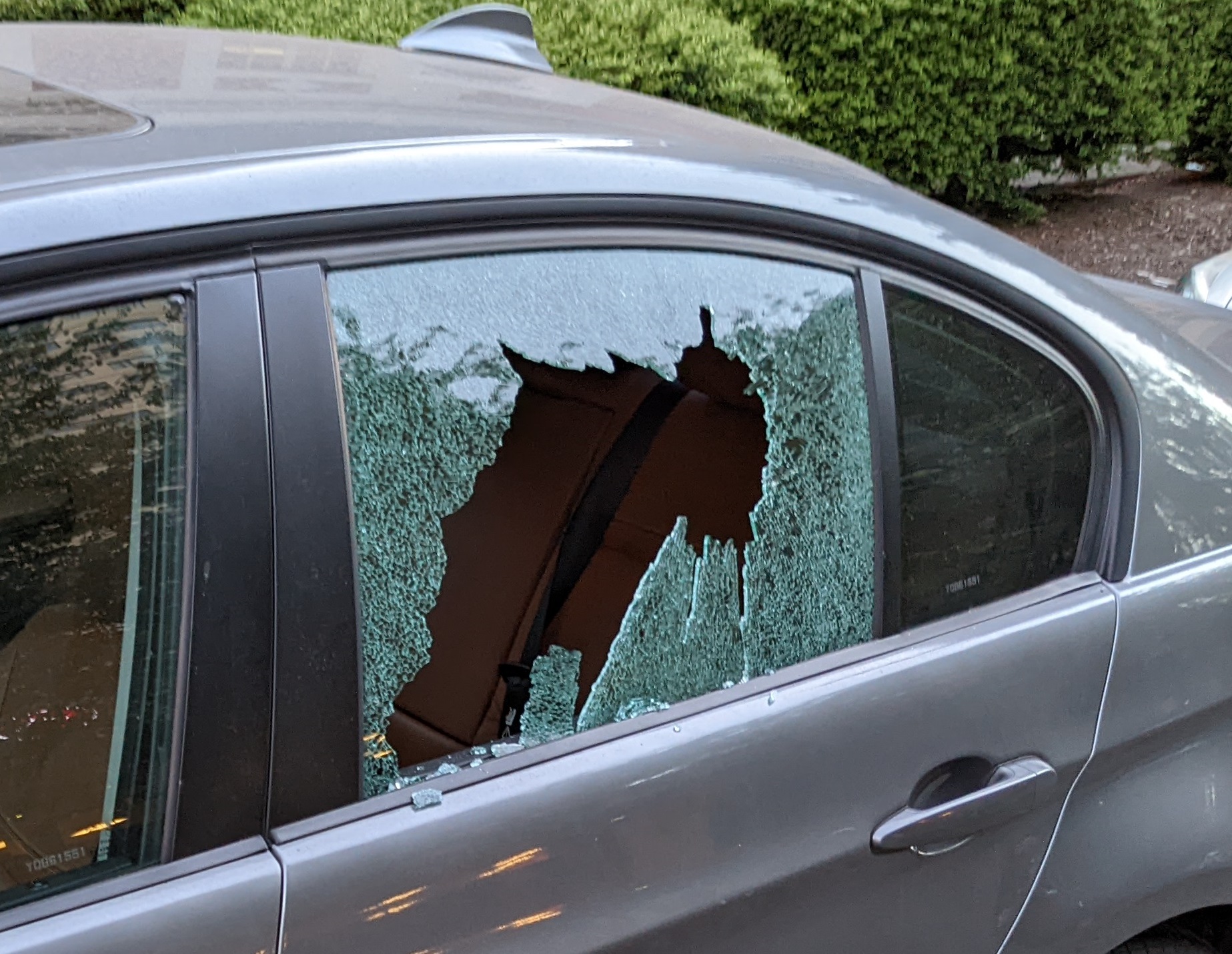